Venting is a very important part of waste plumbing, and if you’re interested in becoming a home inspector, a quality home inspector training program should cover it. Venting allows waste and water to flow properly by performing three functions. First, it allows air in front of the water flowing through the waste pipe to be pushed out of the way. Second, it allows air back into the waste piping after the water has gone by. Lastly, it allows sewer gases to escape outside through a vent stack.

Where conventional venting is not practical, mechanical devices can perform one of the vent functions, allowing air into the waste piping to prevent siphoning. These devices are known as air admittance valves and automatic air vents. These one-way devices also prevent sewer gases from escaping into the home when the plumbing system is under positive pressure. Because air admittance valves and automatic air vents do not allow air to be pushed out through the vent, they don’t perform all of the functions of a venting system. 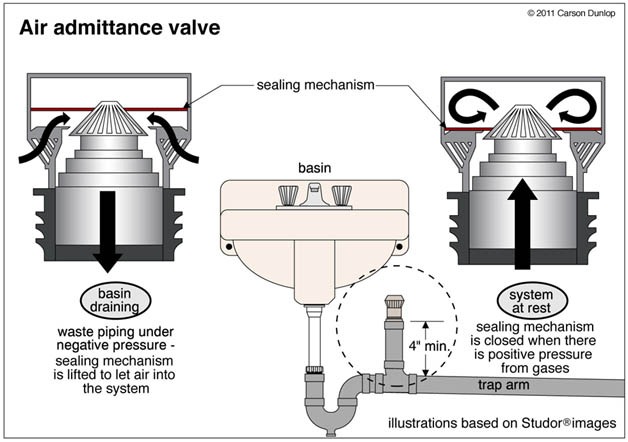 Air admittance valves (AAVs) work with a sealing mechanism that is lifted to let air into the drain system when there is negative pressure. Positive pressure causes the mechanism to close so that gases cannot escape into the home. These are approved in many areas although they are not as good as conventional venting. AAVs are typically made of PVC with an ethylene propylene diene monomer (EPDM) seal and screened vents. They are generally maintenance free. Individual and branch AAVs should be at least four inches above horizontal drains. Stack type AAVs should be installed a minimum of six inches above the flood level of the highest fixture being served. AAVs must be accessible. AAVs in attics should be at least six inches above the attic insulation. Some authorities recommend air admittance valves on kitchen island fixtures to reduce the risk of horizontal vent lines becoming obstructed. 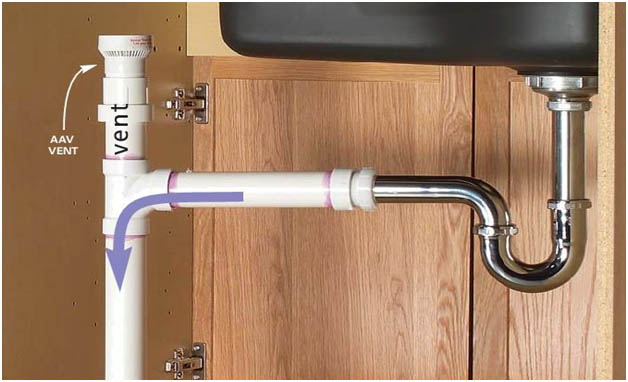 Automatic air vents are no longer approved and should be replaced. Similar in function to air admittance valves, these vents allow air to be drawn in when the waste plumbing is under negative pressure. This occurs when a vacuum is being formed and the system is about to siphon. These vents, when working properly, can allow house air to be drawn in and break the vacuum, preventing the siphon problem. 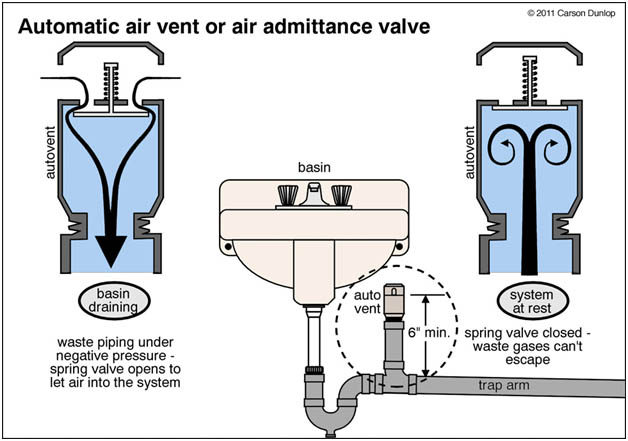 In Part Two, we look at the difference between air admittance valves and automatic air vents and discuss which is better and why. See you at Part Two!

Get a free chapter!

Choose from a sample selection of 10 home inspection courses

Get a sample chapter