The True Story Behind Aluminum Wiring – Part One

Aluminum wiring in homes has an interesting and controversial history. We’ve had lots of clients ask, “Is it safe? Should it be replaced?” The short answer is that it is safe and does not need to be replaced. However, it’s good to be aware of some special considerations.

As a home inspector, it’s important to be able to provide your clients with accurate information to help with their big decisions. The best place to start is quality home inspector training, where inspectors can start learning or brush up on the truths behind common home systems, such as the electrical system. Let’s take a look at the real story behind aluminum wiring. 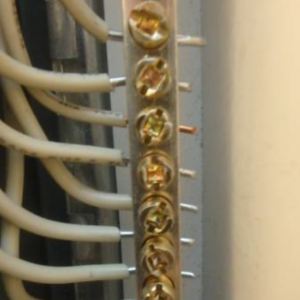 We hear regularly that aluminum wiring has been recalled and that it is no longer approved or permitted in homes—neither of these is true. Aluminum wiring is permitted with the appropriate installation methods and materials.

Electrical wiring in homes has traditionally been copper since the introduction of electricity in homes in the late 19th century. Aluminum wiring was introduced to homes in North America in the mid-1960s. The price of copper was very high, and aluminum was a cost-effective alternative.

Not as Good as Copper

Was aluminum as good as copper? Not quite. It was recognized from the beginning that copper is a better conductor of electricity. The manufacturers and the authorities adjusted for that by using slightly larger aluminum wire to perform the same work as copper. Most branch circuit wiring in homes is 14 gauge copper. The equivalent aluminum wire is 12 gauge. Remember, though: 12 gauge is larger than 14!

The installation methods were exactly the same for aluminum as for copper.

Shortly after aluminum wiring became popular, some problems started to appear. These included flickering lights, warm cover plates on switches and receptacles, and burned insulation on wiring. There was an overheating issue, and overheating can mean fires. They looked into it and found there were three other differences between copper and aluminum.

The problem was at connections, such as receptacles, switches, light fixtures, appliance connections, and at the panel. The solution was special connectors.

Connectors that work well with both copper and aluminum were created. That included:

There were other approved connection systems that have come and substantially gone.

In part two of this post, we explore a few more additional considerations, as well as questions about insurance, and what to do if you have aluminum wiring in your home.