The Function and Importance of Earth Grounding Systems – Part One

Electricity is confusing enough when we deal with wires that are supposed to carry the current. It’s even more confusing when we talk about wires that normally don’t do anything at all. Most people have some difficulty with the concept of grounding and its cousin, bonding. We’ll try to keep it simple and take the mystery out of it.

As home inspectors, it’s important that we clearly understand these systems to provide better inspections for our clients. Whether you’re interested in becoming a home inspector or are simply looking to update your knowledge, investing some time into home inspector training is a great way to ensure that your services are the best they can be.

The good news is that it is not a very complicated or time-consuming part of your inspection. The better news is that repair or replacement is usually not expensive.

How It Connects the Service Box to the Earth

Earth grounding systems also help to dump static electrical charges. The buildup of static electricity within electronic equipment, such as home computers, can create operational problems. This is a much less important function of the grounding wire, protecting equipment rather than people. 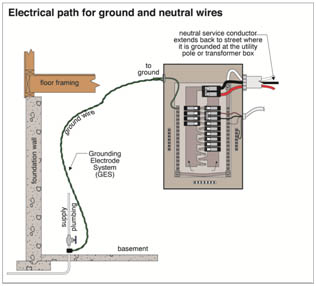 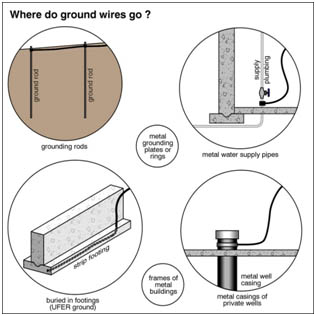 Where Does the Grounding System End?

The goal is to get the electricity to flow to the ground. This is done by connecting the earth ground wire to a grounding electrode. There are several ways to do this, including:

The illustration below shows the most common grounding electrodes used. 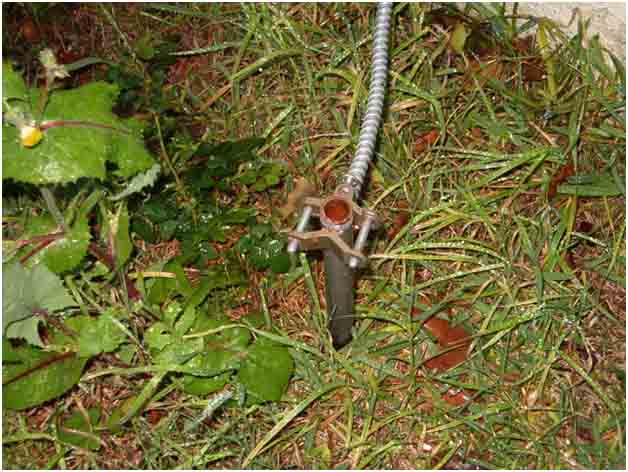 A typical connection to a ground rod (although the part of the clamp in the foreground is installed backwards).

You will not be able to see the entire earth grounding system. However, there are a few things to look for, mostly around what’s missing or poorly connected.

In Part Two of this post, we take a look at common things that can go wrong with earth grounding systems and their solutions. See you at Part Two!